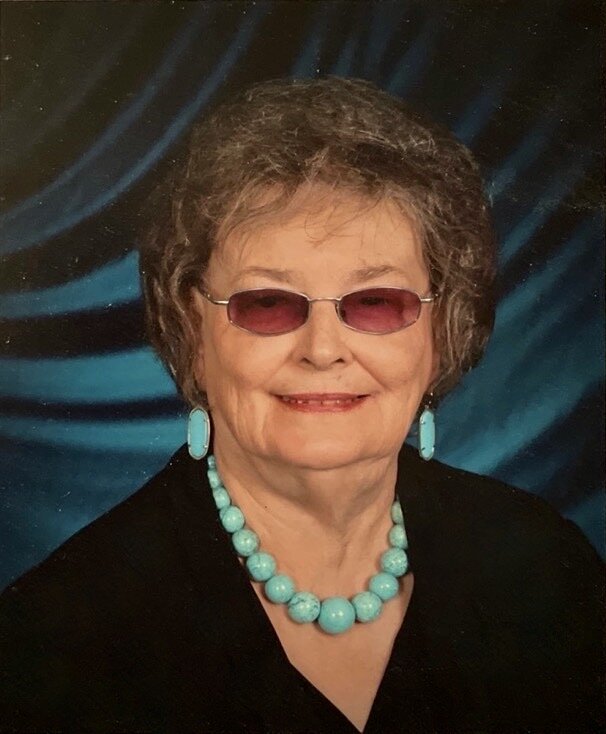 Please share a memory of Sharon to include in a keepsake book for family and friends.
View Tribute Book
Services for Sharon Kay Kester-Fair, 82, will be held at 9:00 am on Thursday, November 17, 2022, at the First Baptist Church in Abernathy, Texas with Rev. Damon Pearce officiating. A graveside service will follow at 3:00 pm at Bell Cemetery in Odell, Texas officiated by Jerry Dunson. Visitation will be held at Abell Funeral Home from 6:00 pm until 7:30 pm on Wednesday, November 16, 2022. Services and burial are under the direction of Abell Funeral Home & Flower Shop of Abernathy, TX. Sharon passed away on Sunday, November 13, 2022. She was born in Vernon, Texas on August 29, 1940, to Johnny and Helen (Condon) Shelton. She graduated from Odell High School in 1958, and then completed her education at West Texas State University, earning a bachelor’s degree in business and a master’s degree in education. Sharon married Max Kester of Odell, Texas on October 7, 1961, and they had two daughters, Helen and Ashley. Sharon lived a life of service and leaves behind a legacy of love. She taught general business classes to high school students for thirty years, beginning at Canyon High School from 1964 to 1966, and then at Vernon High School from 1966 to 1969. After staying home to take care of her daughters for nine years, most of her career was spent teaching at Abernathy High School from 1978 to 2003, where she was also the UIL coordinator for twenty years. She dedicated her life to the success of her students and to making a difference in their lives. She treated every student with dignity and respect, and she made every effort to always treat everybody like they were somebody. Sharon loved Abernathy and the people in it. She served on the Abernathy City Council from 2010 to 2015, and she served as the first female mayor of Abernathy from 2015 to 2019. She was also a volunteer and active member of many civic organizations in Abernathy, including the Chamber of Commerce, Lion’s Club, American Legion and Senior Citizens. She and her husband of 33 years, Steven Fair, were members of the First Baptist Church, where they were married on November 4, 1989. They enjoyed traveling together and watching Abernathy athletics and all of their children and grandchildren play ball. She loved basketball and tennis, and she was an avid bridge player who always loved playing with her friends. Sharon is preceded in death by her parents, Johnny and Helen Shelton. She is survived by her husband, Steven; two children, Helen Pope and husband Todd of Shallowater, TX, Ashley Cox and husband Jeff of Olton, TX; four grandchildren, Katelyn Stone and husband Logan of Shallowater, TX, Kandace Pope of Lubbock, TX, and Charlie Cox and Olivia Cox of Olton,TX; and one great-grandchild, Griffyn Stone. Sharon is also survived by four siblings, Pat Shelton and wife Sharron of Odell, TX, Janora Dunson and husband Jerry of Lubbock, TX, Holly Winburn of Beeville, TX, and Cindy Snell of Lubbock, TX. She is also survived by three stepchildren, Anne Fair of Fulton, TX, Steve Fair and wife Renea of Livingston, TX, and DeLea Taylor and husband Jeff of Aztec, New Mexico; seven step-grandchildren, Jeffrey Thomas, T.J. Goolsby, Ty Goolsby, Bryan Martinez, Tarra Reynolds, Jake Taylor, and Zach Taylor; and five step-great-grandchildren. The family suggests memorials be made to the First Baptist Church of Abernathy 411 7th St. Abernathy, TX or the American Legion of Abernathy 322 Main Street Abernathy, TX 79311. Online condolences may be made at www.AbellFuneralHome.com
Print
Wednesday
16
November