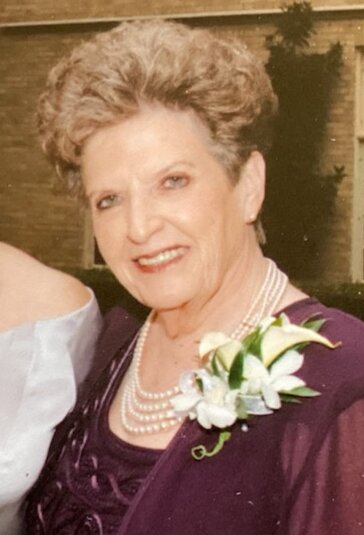 Please share a memory of Carolyn to include in a keepsake book for family and friends.
View Tribute Book
Services for Carolyn Thompson, 87, of Lubbock, TX and formerly of Abernathy, TX, will be held at 11:00 am Tuesday, October 12, 2021 at the Abernathy First Baptist Church with Rev. Damon Pearce, pastor, officiating. Burial will follow in the Abernathy Cemetery under the direction of Abell Funeral Home & Flower Shop of Abernathy. The family will gather to receive friends at the First Baptist Church from 10:00 am until service time, Tuesday. Mrs. Thompson died October 8, 2021, in Lubbock, TX. She was born October 27, 1933 in Pampa, TX to Jack and Lillie (Shepard) Dunn. The Dunn family lived in Arkansas and Oklahoma prior to moving to Abernathy her Senior year of high school. She graduated Abernathy High School in 1951. Carolyn and her father (Pop) were very close, they didn't have much money but had endless love for one another. Pop taught Carolyn to drive (old smokey), the family truck. She had a horse that had a partial tail and her grandmother took wire and filled in the tail for Carolyn. Her grandmother also taught her you can be alone without being lonely. Carolyn and her grandmother shared many cooking lessons with each other. Carolyn talked a lot about marrying Abernathy's best bachelor, J. Pete Thompson, December 18, 1953. She was diligent in her children getting their work done before they could play. Carolyn made many sacrifices she needed to supply raising their 4 children, Lane, Todd, Kym and Zoe. Carolyn' best friend, Brooke Harry, was loved like a sister. Carolyn was known as a caregiver to others and was a lifelong member of the Abernathy First Baptist Church. She loved her dogs almost as much as her children, Chili, Zetna, Kelanie, Kringle and Star. The story was told that Carolyn took the 4 children on a trip to Arkansas, and ended up purchasing a crate full of chickens to bring home to Abernathy. Obviously this wasn’t a detail that needed to be told to Pete, but as soon as one of the roosters crowed, Pete was in the know. They don’t recall ever even collecting one egg from all those chickens.  She was preceded in death by her husband, J. Pete Thompson, May 11, 2014, a son, B. Lane Thompson, July 11, 2020 and a granddaughter, Farren Radke on December 26, 2020. She is survived by 3 children, T. Todd Thompson and wife Kasey, Kym Radke and husband Jack and Zoe Phillips and husband James, grandchildren, Jason Hunter and wife Stephanie, Jill Hunter Overley and husband Richard, Lauren Radke Leick and husband Todd, Carson Radke, Amber Thompson Colberg and husband Adam, Carter Thompson, Taylor Thompson, Bryce Thompson and wife Kyle and great grandchildren, Lexi Miles, Kade and Kallan Hunter, Eli Overley, Connor and Ryder Leick, Teagan, Kierstan and Ceasan Colberg and Zeke, Reid and Tate Thompson. Family suggests memorials be sent to First Baptist Church Abernathy, 411 7th St, Abernathy, TX 79311.
Print
Tuesday
12
October