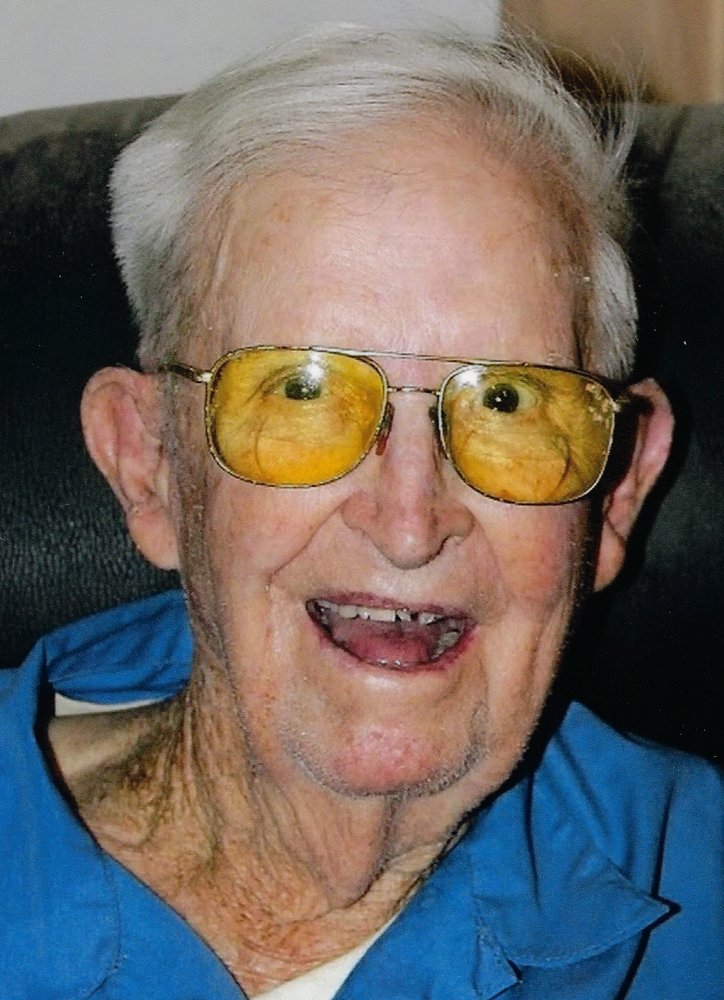 Please share a memory of Olen to include in a keepsake book for family and friends.
View Tribute Book
Graveside services for Clarence Olen Anderson, Jr., 97 of Abernathy, TX will be held at 2:00 pm Monday, November 23, 2020, in the Abernathy Cemetery. The family will receive friends at Abell Funeral Home, Abernathy, Tx Sunday from 3:00 pm to 4:00 pm, Sunday, November 22, 2020. Services are under the direction of Abell Funeral Home & Flower Shop of Abernathy, TX. Mr. Anderson died Tuesday, Nov. 17, 2020, in Lubbock, TX.   Clarence ‘Olen’ Anderson, Jr. was born on November 15, 1923, to C.O. and Ina Belle Anderson and was raised in Abernathy. The Anderson’s purchased a piano in 1940. All the children took lessons. Olen mastered his lessons well and went on to play quite a few polkas on the accordion for his own entertainment as well as his friends. As a very young man, Olen worked at the family flour mill and later, the lumber mill. He graduated from Abernathy High School in 1941. He claimed to have bachelor blood and never married. He took classes at Texas Tech University until, like many, WWII called with a duty to join up and he enlisted in the Army Air Corps. The Army tried to make a navigator and aircraft electrician out of him. Pilot crews would fly the hump, refuel, and resupply. He said they were lucky because they didn’t see fighting. After the war, Olen worked in construction and home building in Abernathy. He was a longtime Mason member. During the ‘60’s, he and his Dad operated a bee and honey business. The honey extractor building stands near his home to this day. They made 15 cents a pound for their honey.  His fondest life memories were of hunting and fishing with his buddies in Colorado or his camp lease in Dickens, Tx. He knew his way around guns and rifles competing in paper target shoots in Lubbock. The Abernathy D.Q. used to regularly host a crowd of Olen’s buddies. Many a friendly argument and lively discussion took place there as those older/wiser men solved all the world’s problems. They saw America at her best days. He served 20 years as his parents’ caregiver, during their golden years. Neighbors tell of his helping them to repair their bike when they were young. One neighbor shared that Olen had built stilts for some of the kids. In later years, the TV was his companion; he enjoyed watching the Masters Golf Tournaments and Polka Party. He continued to build and tinker on things till the very end. He was a good, very respectable person. He knew what he stood for. He was a bit of a perfectionist. He took care of his family. He had a large group of friends that would drop by to visit around the tree in back. “The hardest part of living to be 97 was that you see all your friends die”, he would say. “But you get to be friends with their kids and grandkids.” What a lucky man and a life well lived. He will be missed. The family would like to extend their gratitude to Olen’s close friends whom he could call upon when needed. He is preceded in death by his parents, his siblings and their spouses and a niece- Mr. and Mrs. James Anderson (Bertelle) and Mr. and Mrs. Jack Griswold (Betty- Olen’s sister), Vicki Anderson (Niece). Olen is survived by the following nieces, nephews and where applicable, spouses:  Mr. and Mrs. Andre Anderson (Beth) of  GA, Ricky Anderson of Lubbock, Mr. and Mrs. Peter Anderson (Liz) of Brownfield, Melissa Griswold of Amarillo, and Mr. and Mrs. Earl McDaniel (Venie) of Borger. Extended family includes nieces’ and nephews’ children. The family suggests donations be made to The Texas Scottish Rite Hospital for children, 2222 Welborn Street Dallas, TX 75219 or the Abernathy Cemetery Association PO Box 150, Abernathy, TX 79311
Print
Sunday
22
November