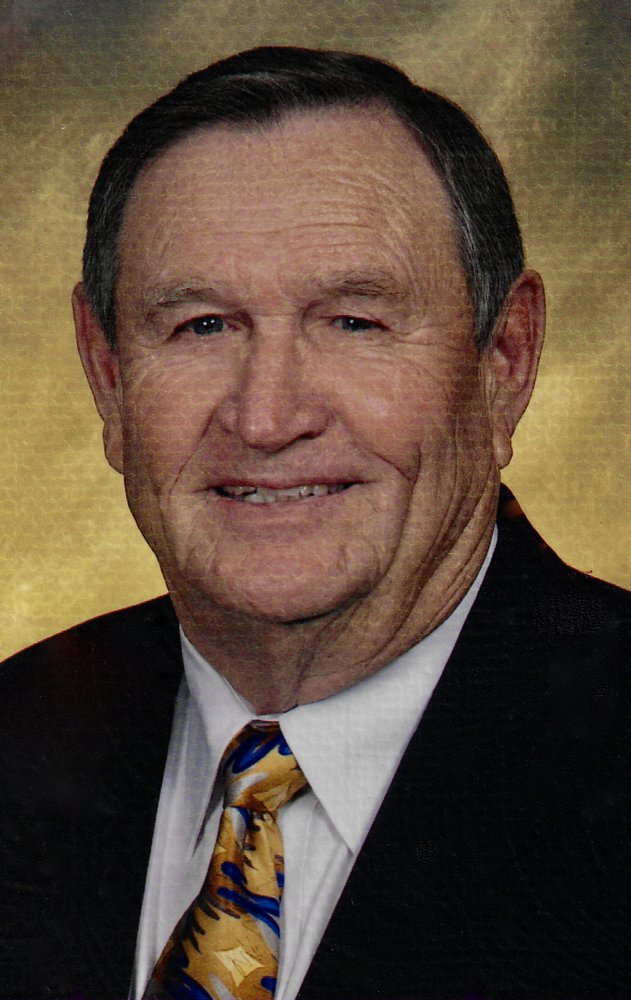 Please share a memory of Robert to include in a keepsake book for family and friends.
View Tribute Book
Graveside services for Robert Williamson Baker, 86, of Idalou, TX, will be held at 1:00 pm Thursday, November 19, 2020, in the Abernathy Cemetery with Rev. Janet Edwards officiating.   Viewing will be held Wednesday, November 18, 2020 from 2:00 pm until 6:00 pm at Abell Funeral Home.  Services are under the direction of Abell Funeral Home & Flower Shop of Abernathy, TX. Mr. Baker passed away from this life on November 12, 2020. He was born October 10, 1934 in Killeen, TX to J. L. and Thelma (Tatum) Baker. Robert married Patsy Mills on August 5, 1956 at The First United Methodist Church in Abernathy. They were happily married for 64 years. He graduated from Odessa High School in 1953 and attended Tarleton State where he played football and was in the ROTC. He transferred to McMurry College where he played football and graduated with a Masters Degree in Education. He coached football and was the head track coach in Bowie, TX, for 3 years and served with the 49th Armored Division in the National Guard serving in The Bay of Pigs. In 1963 he moved to Idalou as the Head Football Coach and Athletic Director. He was on the Idalou City Council from 1977-1981. He was currently the owner of Plains Grain Co. in Abernathy, where he worked for 50 years. Plains Grain is celebrating their 100th year this year. He was a member of The Red Raider Club and was Abernathy Chamber of Commerce Businessman of the year in 2017. He was a supporter of Idalou Athletics, Band, & FFA while his children attended school there. He was awarded Honorary Chapter Farmer from the Idalou FFA. He was a proud supporter of Abernathy ISD football, basketball, and FFA programs where his grandchildren attend school. He donated trophies to The Abernathy Local Livestock Show for many years. He loved his family and friends, and his grandchildren were the light of his life. He will truly be missed by all who knew him. Robert was preceded in death by his parents, 3 sisters, Eloise, Athena, and Doris and one brother, Junior. He is survived by his wife, Pat, a son, Clay Baker of Dallas, TX, and a daughter Lori  Houston and husband Rick and their children, Bailey and Luke Houston of Abernathy. The family suggests memorials be sent to the Idalou United Methodist Church, 518 Chestnut Street, Idalou, TX 79329, the South Plains Food Bank, 5605 MLK Jr. Blvd, Lubbock, TX 79404 or the Abernathy Cemetery Association, c/o First State Bank, Drawer 150, Abernathy, TX 79311 or a favorite charity.
Print
Wednesday
18
November