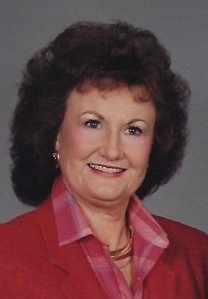 She was born on February 17, 1930 to Alfred and Thelma (Killion) Knight. She graduated from Abernathy High School and attended Draughon's Business College in Lubbock. She married Lindell Myatt on April 10, 1949, and had two children, Lindell preceded her in death February 5, 2000. Dean worked as a SBA loan officer for several years. She lived in Abernathy, Ruidoso, NM, and Lubbock. She loved to play bridge and was a LifeMaster. She married Bill Lokken in November 2, 1994.

Mrs. Myatt was preceded in death by her parents, husband Bill, and a sister LaRue Franklin.

The Myatt Family suggests memorials be made to the Abernathy Cemetery Association, P.O. Box 59 Abernathy, TX 79311 or to your favorite charity.

Share Your Memory of
Mary
Upload Your Memory View All Memories
Be the first to upload a memory!
Share A Memory