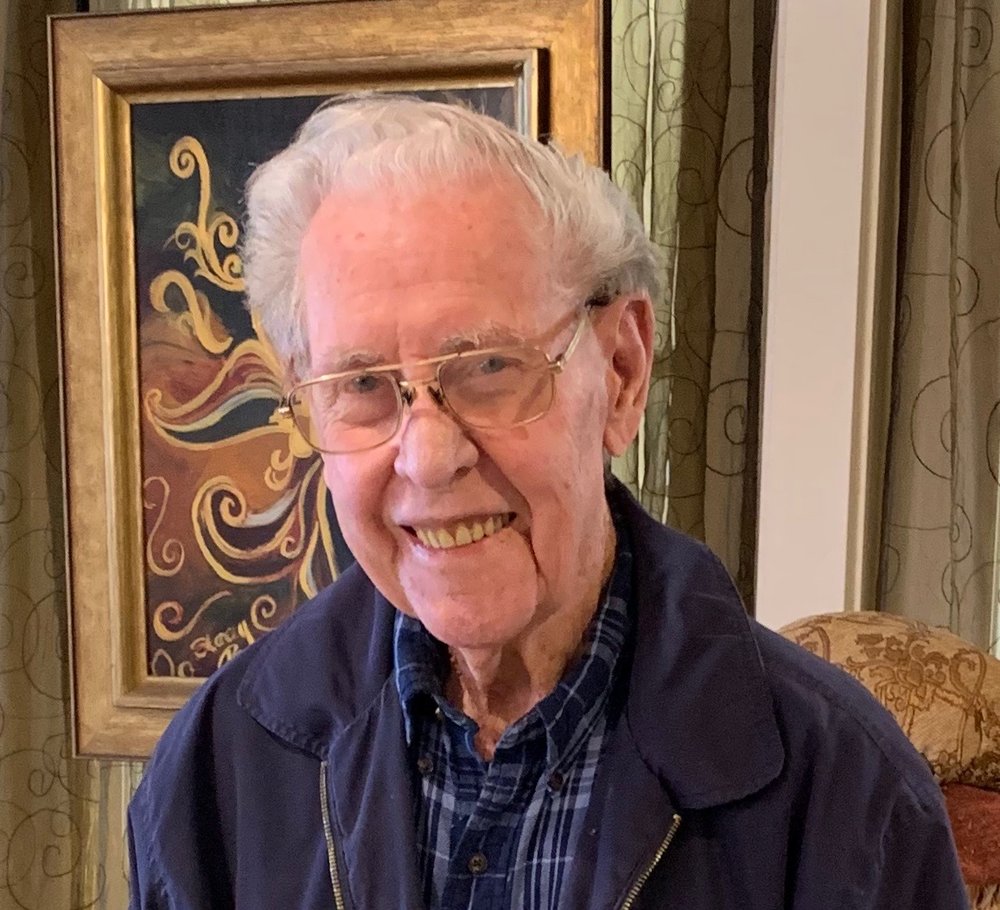 Please share a memory of Carl to include in a keepsake book for family and friends.
View Tribute Book

Services for Carl David Barton, 92, of Lubbock, TX, and formerly Abernathy, TX will be held at 10:00 am Friday, December 13, 2019, in the Northside Baptist Church.  Rev. Joel Perez, will officiate.  Burial will follow in the Abernathy Cemetery under the direction of Abell Funeral Home & Flower Shop of Abernathy.  The family will gather to receive friends at Abell Funeral Home from 5:00pm until 6:30 pm, Thursday, December 12, 2019.

He was born July 6, 1927 in O'Brien, TX to Lewis Wilburn and Essie Jane (Stephens) Barton.  He married Eloise Shoemaker, September 1, 1948 in O'Donnell, TX.  He graduated O'Donnell High School and attended A&M University prior to serving in the United States Merchant Marines from 1945-1947.  He served in boot camp in New York City.  He then was employed with Pioneer Natural Gas from 1947- 1965.  He completed his career at Lubbock Power and Light, as an engineer, from 1966 until retirement in 1989.

Carl David Barton was an avid golfer, loved being outdoors.   He was a longtime member of the Abernathy First United Methodist Church.  He had served in the Masonic Lodge since 1945.

He is preceded in death by his wife, Eloise Shoemaker Barton, his daughter, Carolyn Boggus, and brother Amos Barton.

Mr. Barton is survived by his 2 daughters, Marilyn Schroeder and husband Rick of New Braunfels, TX, and Kay Heep and husband Jim of Franklin, TN.  He is also survived by 4 grandchildren, Brandon Heep and wife Tiffany of Spring Hill, TN, Tyler Heep and Kristen of Urbandale, IA, Justin Schroeder of Colorado Springs, CO and Megan Schroeder of London, England, 3 great grandchildren, Wilson, Benjamin and Elise Heep and a brother, Jearld Wayne Barton and wife Kathy of Brownfield and a sister, Patricia Barton Oliver of Levelland, TX.

Share Your Memory of
Carl
Upload Your Memory View All Memories
Be the first to upload a memory!
Share A Memory