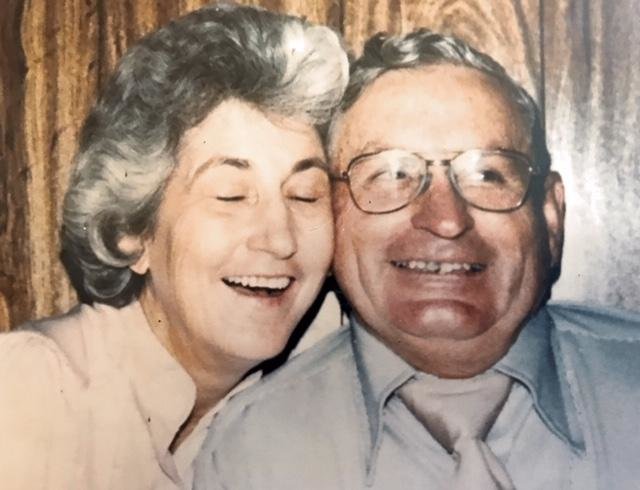 Obituary of Joe B Reeves

Services for Joe B. Boyd Reeves, 93, of Abernathy, TX, will be held at 10:00 am Tuesday, April 2, 2019, in the Abernathy First Baptist Church with Rev. Mike O'Donnell, pastor, officiating.  Graveside services will be held later that afternoon, at 3:00 pm, in Hillcrest Cemetery, McLean, TX under the direction of Abell Funeral Home & Flower Shop of Abernathy.

Joe B. Reeves was born on July 12, 1925, to Boyd Clinton Reeves and Annie Penelope (Biggers) Reeves of McLean, TX.  He weathered the Dust Bowl and Great Depression on the family’s dry-land farm and ranch.  In high school, Joe B. loved playing the trombone in the Fighting Tiger Band.  Joe B. also became something of a local celebrity after winning a Jitterbug contest in Amarillo.  Drafted on August 2, 1944, Joe B. was trained as a flight mechanic in the U. S. Army’s “Brown Shoe” Air Force.  Shipped across the Pacific to serve in the U. S. Japanese Occupation Force, Joe B. viewed ground zeroes in Hiroshima and Nagasaki.   Like many of the “Greatest Generation,” Joe B. used the G.I. Bill to further his education at Texas Tech University where he earned an Animal Husbandry degree.  On June 1, 1949, Joe B. married the love of his life, Martha Ann Smith.  Joe B. started his long employment with Shamrock Oil and Gas Company in Dumas and, in 1954, transferred to the pipeline terminal north of Abernathy where he would work until his retirement.  To support his children’s ventures in the 4-H Club and FFA, Joe B. moved his family to a seven-acre farmstead north of Abernathy and applied his expertise in Animal Husbandry to raising registered show pigs.  Teaching Sunday School and singing bass in the choir, Joe B. was an active member of Abernathy’s First Baptist Church.

Joe B. lost Martha Ann to a long battle with pancreatic cancer in 1994.  In 2013, Joe B. suffered a broken hip which brought him to Lubbock for rehabilitation and assisted living.  Joe B. was blessed to spend his final year in Beehive Assisted Living of Lubbock.  The family expresses our heartfelt gratitude to Dena, Pauline and the entire staff of Beehive caregivers who always treated Joe B. with loving kindness (including indulging his legendary love of chocolate).

The family suggests memorial contributions may be made to Beehive Assisted Living, 2109 West Loop 289, Lubbock, Texas 79407.