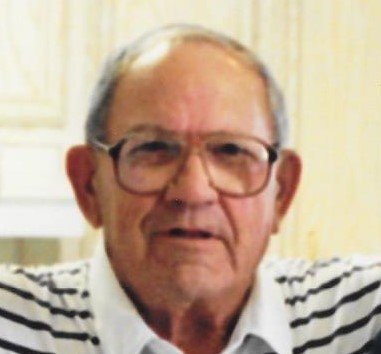 Aubrey Anderson passed away peacefully on Thursday, March 28, 2019, at the age of 95. He was born on July 30, 1923, to Harvey and Susannah Anderson and was raised in Abernathy, Texas. He graduated from New Deal High School in 1941. He married Jo Evelyn James on May 22, 1943, and shortly after, joined the Army. He served in World War II from August, 1944 until January, 1947, as a Pilot. He flew several successful missions during this time in the China/Burma/India campaign. Aubrey had a talent for many types of construction, and was a homebuilder in Lubbock for many years. He was still miraculously building things until May of 2018, at the age of 94. He was a longtime member of the West Texas Homebuilders Association. He loved sports, but had a particular passion for baseball, coaching many fine young men (including his 2 sons) in both Little League and the Dixie Pony league in Lubbock during the 1950’s and 1960’s. Many of us will always remember Aubrey for his quick wit and wonderful sense of humor. He was a man of endless patience and compassion for everyone he knew. He is preceded in death by his son, Robert G. (Bob) Anderson, his parents, 3 brothers J.T., Glenn and Edward, and his sister, Marcelle Loveless. Aubrey is survived by his son, Don Anderson and wife Annetta of Kerrville, and his daughter Brenda J. (BJ) Harrod and husband Duane of Lubbock. Grandchildren include Karen Zapata (Jimmy) of Garland, Blake Anderson of Corinth, Jayme Smith of Lubbock, Amy Mitchell (Chris) of Austin, Rob Anderson (Christa) of Park City, Utah. He is also survived by great grandchildren Landon Zapata; Sawyer, Gentry, Weller and Crosby Anderson; Mallory and Blaine Mitchell and Monroe Smith. Also surviving Aubrey are his extended family members, Denise Kirk, Steve Panter, Darrin and Doug Sanders. No funeral services are planned at this time. He will be buried in the Abernathy Cemetery under the direction of Abell Funeral Home. The family would like to extend their gratitude for the compassionate care provided by both family members and Accolade Hospice of Lubbock.