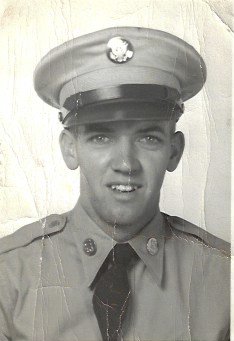 Services for Cohnon Edward Dillinger, 85, of Abernathy, TX, will be held at 2:00 pm, Wednesday, February 27, 2019, in the Northside Baptist Church with Rev. Joel Perez, pastor, officiating.  Burial will follow in the Abernathy Cemetery under the direction of Abell Funeral Home & Flower Shop of Abernathy, TX.  The family will gather to receive friends, Tuesday, February 26th, 2019, from 6:00pm until 7:30 pm, at Abell Funeral Home.

He was born October 12, 1933 in Viola, AR, to John William and Creecy Jane (Rand) Dillinger.  He enlisted in the United States Army from 1955 until receiving an Honorable Discharge in 1957.  He continued his service to this country by serving in the reserve until 1961.  He moved to Abernathy in 1957, and on March 7, 1958 he married Carol Smith in Lubbock, TX.  He owned and operated Dillinger Pump Service in Abernathy.  He loved country music, fishing and hunting and the Dallas Cowboys.