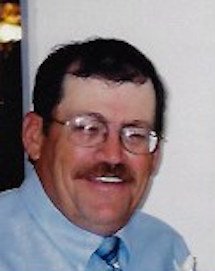 Services for Kenny Little, 56, of Abernathy, TX will be held at 2:00 pm, Monday, October 29, 2018, in the Abernathy First Baptist Church with Rev. Danny Copeland officiating.  Burial will follow in the Abernathy Cemetery under the direction of Abell Funeral Home & Flower Shop of Abernathy.

He was born August 13, 1962 in Lorenzo, TX to Offie Cloyd "Bill" and Ada Lois (Daniel) Little and was raised in Tulia, TX.  Kenny married Christine Brooks, March 20, 1981 in Coleman, TX and they had lived in Plainview, TX until moving to Abernathy in 2000, where he was employed by Wolf Irrigation.  Kenny was raised Assembly of God and was a member of the Royal Rangers and became a leader for the church organization.  He loved working with horses, woodworking and reading Louis L'Amour books.

Kenny was preceded in death by his father, Offie "Bill" Little.

Share Your Memory of
Kenny
Upload Your Memory View All Memories
Be the first to upload a memory!
Share A Memory